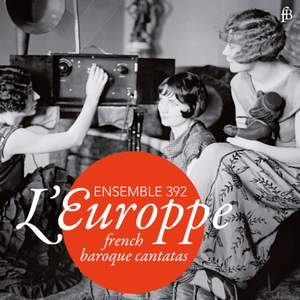 Europpe: I. Ne puis-je me flatter

Towards the end of the 17th century, the social and musical forces that had prevented the spread of Italian influence for almost an entire century gradually lost their stranglehold on the music scene. The prevalent desire to unite the Italian and the French styles resulted not only in the French cantata but also in the French sonata. The smooth contours and eschewal of sequential passages, which are a common feature of Italian music, differentiate the French cantata from its Italian role models. Combining typically French melodies and harmonies with the rhythmic buoyancy of the Italian style of music created a hybrid form (réunion des deux goûts), which François Couperin confidently described as "the «perfection of music." Also available: FB1603721 de la Guerre/Rameau - BOUILLABAISSE - French Chansons & Cantatas Ensemble 392