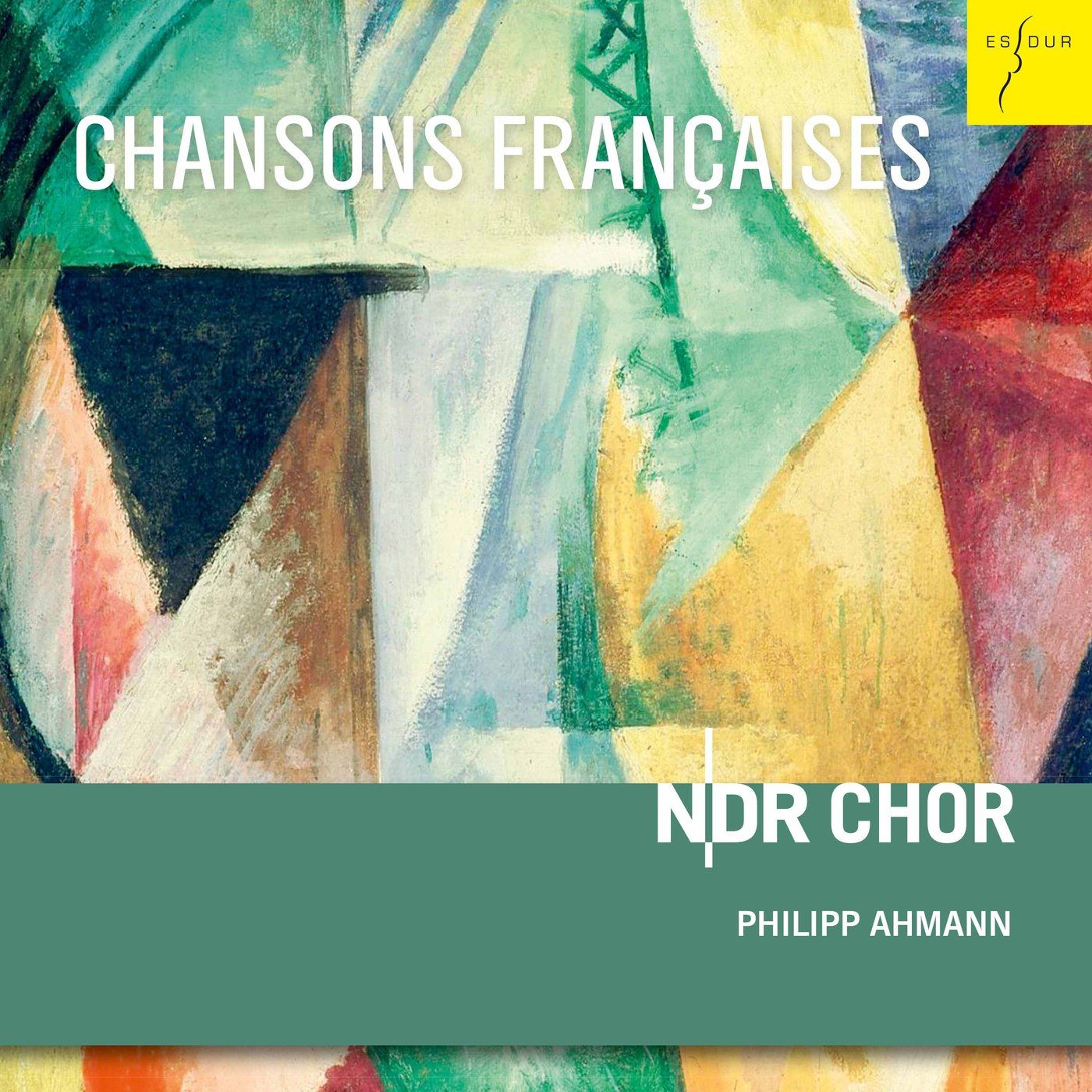 ”Chansons Francaises”, the fourth CD recording by the NDR choir under the direction of Philipp Ahmann for the label ES-DUR, is dedicated to the colourful palette of French choral music.

Paul Hindemith’s Six Chansons captivate with their brevity and pay homage to the chorus chanson of Hindemith’s beloved French music. The verses set to music by Hindemith for his Six Chansons were written by Rainer Maria Rilke in the Swiss canton of Valais, where the composer Darius Milhaud from southern France was also staying in the summer of 1939. Just as the choir director Georges Haenni asked Hindemith for those chansons, he also turned

to Milhaud, who also chose Rilke verses for the Quatrains Valaisans (Wallisian quatrains).

In addition to the Sept Chansons written by Francis Poulenc in 1936 and based on the poems of Apollinaire and luard, the CD also includes the Trois Chansons de Charles d’Orleans written at the beginning of the 20th century by Debussy (1908) as well as the Trois Chansons by Maurice Ravel (1914/15). The two choral pieces, op. 68 - written toward the end of 1882 - are a special feature in Camille Saint-Saens’ complete oeuvre, opening up a depth of

expression that to this day has been denied to the creator of the “Carnival of Animals.” In presumably self-composed verses he describes Les fleurs et les arbres (The Flowers and the Trees) and sets the very intimate mood of the Calme des nuits (Silence of the Night) against the harshly noisy everyday life. The choral cycle Le Bestiaire by the French-speaking Belgian composer Jean Absil from 1944 moves harmoniously within the tonal boundaries in which

Milhaud and Poulenc composed, but enriched as with those with sounds from the realm of jazz and popular music. Philippe Schoeller belongs to the French avant-garde. His piece Cantate Isis for bassoon and mixed choir, completed in 2002, had its German premiere in October 2013 with NDR.