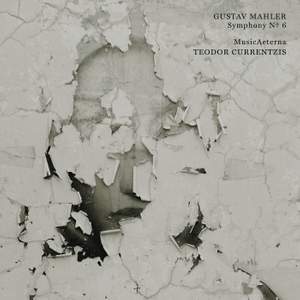 There are passages here as phenomenal and white-hot as any I’ve heard in the Sixth Symphony: try the whiplash return to the hurly-burly after the high-pastures idyll at the centre of the first... — BBC Music Magazine, January 2019, 4 out of 5 stars (Performance) / 3 out of 5 stars (Recording) More… 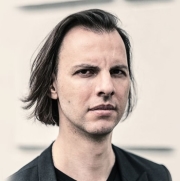 Without dispute, Teodor Currentzis is today’s hottest & most sought after conductor—alongside his orchestra & choir MusicAeterna – “Move over, Simon Rattle: Teodor Currentzis is the maestro everyone’s talking about”, “The Greek-Russian conductor who has taken the classical music world by storm” (The Times). This is Currentzis’s first ever recording of Mahler. Mahler’s symphonies feature heavily in their tour programme – but this is the first time Currentzis has gone into the studio with this composer. His last recording of major symphony repertoire (Tchaikovsky Symphony no. 6) won Japanese Recording Academy’s highest accolade Gold Award, received 5-star reviews from The Times, NRC Handelsblad, a Diapason d’or award and was named in many top albums for 2017 including 'Best Classical Recording' in Spiegel Online and appeared on the New York Times 'Best Classical Music Recordings' for 2017.

There are passages here as phenomenal and white-hot as any I’ve heard in the Sixth Symphony: try the whiplash return to the hurly-burly after the high-pastures idyll at the centre of the first movement, or the build-ups to the first two hammer-blows as well as the welter of their aftermaths…The real drawback is the glassy patina over the sound.

Even after just the first movement, the emotional journey that Currentzis and his orchestra had presented was so draining that I needed a moment to gather myself before continuing...I think part of the reason for this is the highlighting of every last rhythmic nuance and finer point of articulation that can often pass by unnoticed…Just as in so many of Currentzis's previous recordings, he makes you think again about a piece you thought you knew really well, and presents it to you with a fresh approach and an invigoratingly novel angle.

Currentzis is not quite the iconoclast he’s sometimes made out to be – it’s more that he appears able to shoulder the weight of accumulated performing tradition and then, decisively, shrug it off...If you can imagine a Mahler 6 in which the urgency and raw edge of Roger Norrington rubs up against the red-blooded glitz of Leonard Bernstein, this is it.