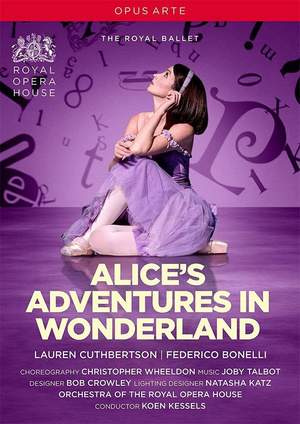 Royal Ballet Artistic Associate Christopher Wheeldon magically captured the twists and turns of Lewis Carroll’s classic story, Alice’s Adventures in Wonderland, in his 2011 ballet. Bob Crowley’s vivid sets and costumes take us down the rabbit hole into a colourful world full of curious creatures and captivating characters. Joby Talbot’s original score is full of sweeping melodies and contemporary sounds. Lauren Cuthbertson stars as the inquisitive Alice, with Federico Bonelli as the charming Knave of Hearts, Steven McRae as the tap-dancing Mad Hatter and Laura Morera as the formidable Queen of Hearts. This exuberant and engaging ballet is spectacular entertainment for the whole family.