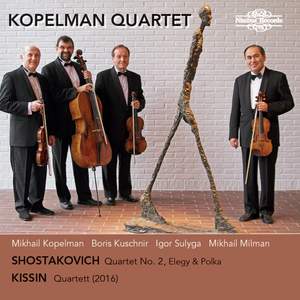 Jewish music had been sparked by his completion of the one -act opera Rothschild's Violin by his talented Jewish pupil Veniamin Fleischmann, who died in battle in 1941. By including aspects of Jewish style, he may have desired to express his sympathy for the persecuted Jewish people, especially when news broke in 1944 of the atrocities carried out at the Treblinka concentration camp, built and operated by Nazi Germany in occupied Poland during WWII. While staying in Batumi, Georgia in late October/early November 1931, he adapted in one evening two short movements from earlier works as a gift to the Jean Vuillaume Quartet.