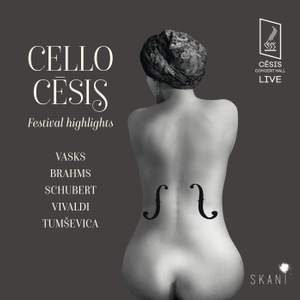 Brahms: Concerto for Violin and Cello in A Minor, Op. 102: I. Allegro

Sinfonietta Riga was established in 2006 but has already become one of the Latvian culture icons. It has won a Grammy Award for its participation in the recording of Adam's Lament by Arvo Part (released by ECM). Sinfonietta Riga has recorded over ten other albums, released by Wergo, Ondine, Edition Records and Challenge Records. This is orchestra's second release on SKANI.