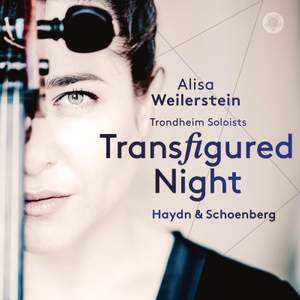 In performances of such freshness, verve and chamber transparency, the concept works...You’d go far to find performances of the Haydn concertos that match Alisa Weilerstein’s mix of stylistic... — Gramophone Magazine, October 2018 More… 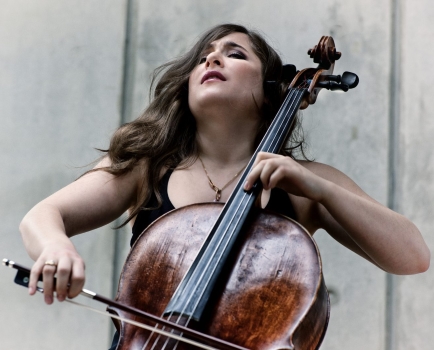 Recording of the Week,  Music by Haydn and Schoenberg from cellist Alisa Weilerstein

Transfigured Night brings together two outstanding composers associated with Vienna: Joseph Haydn and Arnold Schoenberg. The former is often seen as the oldest representative of the “First Viennese School”, whereas the latter founded the “Second Viennese School”, using the classicism of his predecessors to explore new, atonal musical paths into the twentieth century. By combining Haydn’s two cello concertos (in C-major and D-major) and Schoenberg’s symphonic poem Verklärte Nacht – in the 1943 edition for string orchestra – this album sheds a new, fascinating light on both Viennese masters.

The connection between the stylistically contrasting pieces on this album is further enhanced by the inspired playing of American cellist Alisa Weilerstein and the Trondheim Soloists. For Weilerstein, this album is not only a fascinating exploration of the rich Viennese musical heritage, but just as much a confrontation with the dark history of a city her grandparents had to flee in 1938. Transfigured Night is Weilerstein’s first album as an exclusive PENTATONE artist, as well as the first album recorded with the Trondheim Soloists since her appointment as Artistic Partner of the ensemble in 2017.

In performances of such freshness, verve and chamber transparency, the concept works...You’d go far to find performances of the Haydn concertos that match Alisa Weilerstein’s mix of stylistic sensitivity, verve and spontaneous delight in discovery...for a performance [of the Schoenberg] that combines chamber-musical intimacy, transparency of detail and urgent human expressiveness, you won’t do better than this.

What an intriguing, captivating sound they make: delicate one moment and then pleasingly robust the next…There's a gutsiness that is echoed by Weilerstein herself as she digs in most enjoyably to the many semiquavers and triplets of the first movement of the Haydn D major concerto…[The Schoenberg] is performed with one mind, exquisitely precise in terms of ensemble but with an expressive freedom that actually made me think at times that I was listening to the chamber music version!

[Weilerstein] gives us an immediate demonstration of her powers as the soloist in two Haydn cello concertos, music of an earlier Viennese age, although delivered with such volatile passion and flying fingers that no trace of dust remains...Yet this truly is a group triumph. In the singing lines of this hypnotic work [Verklärte Nacht], the Trondheim ensemble manage the wonderful feat of being throbbingly intense and meticulously exact at the same time, and this performance knocked me flat.