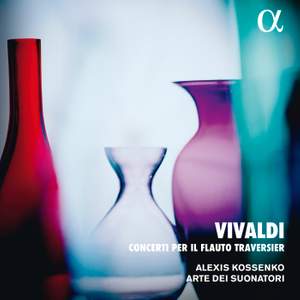 In Holland in the 1720s the transverse flute enjoyed considerable popularity among amateur musicians. Aware of that keen interest, the publisher Michel Le Cene decided in 1729 to present his customers with the very first collection of concertos for flute and orchestra. Vivaldi responded to his request by refurbishing several older works. Only one of them was already in the modern concerto form: the Concerto in F major for recorder and strings. Another four pieces were hybrid in form and still close to chamber works. The predominant role of the recorder or flute in those four concertos made them ideal for adaptation. The odd man out of the collection is the short Concerto in G major RV 435. No earlier version is known and its style, more modern than its five companions in the set, leads us to suppose that Vivaldi wrote it specifically for Le Cene’s publication. The decade following the publication of op. 10 saw the appearance of a fair number of new flute concertos. Among them, the Concerto in A minor RV 440 is a splendid example of Vivaldi’s maturity. Studying the manuscript of this concerto reveals different stages in its composition, as well as shedding light on its destination. In the case of RV 438 and RV 400, Vivaldi simplified many passages, probably making such sacrifices for a flautist of very limited virtuosity. Since these revisions had no musical justification, we chose to restore the original text.