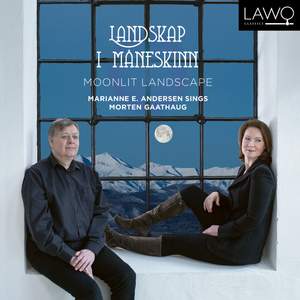 Norwegian composer Morten Gaathaug has largely worked in a landscape influenced by the classical music tradition. He has not regarded his task as that of inventing his own musical language, but prefers rather to find inspiration in experiments with form and in using the old language in new ways. Important sources of inspiration are traditional folk music (from Norway and abroad), as well as impressions from nature, birdsong in particular. The latter can be found in works such as “Fugler i min natt” (“Birds in My Night”), “24 fugleportretter” (“24 Bird Portraits”) for piano, and “Ornis musicalis”.

Gaathaug has devoted special attention to particular turn-of-the-century artistic currents around 1900 associated with composers Sergei Prokofiev (1891–1953) and Borghild Holmsen (1865–1938), as well as with poets such as Ragnhild Jølsen (1875–1908), Rainer Maria Rilke (1875–1926) and Sigbjørn Obstfelder (1866–1900). This was a period of upheaval, in which modernism pushed forward with many new forms of artistic expression. Yet at the same time, it was important to maintain a connection to the past, renewing the traditional tonal foundation.

On this recording Norwegian mezzo-soprano Marianne E. Andersen gives a performance of Gaathaugs works with lyrics by Jølsen, Rilke and Obstfelder.