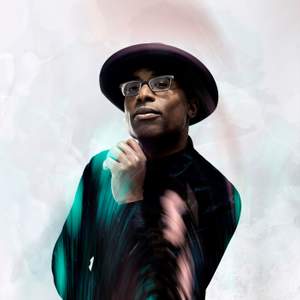 This stunning new album sees Alexis propel himself to yet further heights, Evolution features a host of guests, from international classical harpist Lavinia Meijer and Boston-based electro folk duo Tall Heights; to The City of Prague Philharmonic Orchestra under the baton of Adam Klemans.

Speaking of the themes and meaning behind the new album, Alexis Ffrench says: “‘Evolution’ is inspired by the extremes and inherent fragility of the human experience - loss, love, birth, sorrow, vulnerability, triumph and despair but, above all, our ability to come through adversity and radiate the best versions of ourselves. This album explores the beauty that lies beneath and the truths that bind us.”

As likely to be found listening to Kendrick Lamar and Chance the Rapper as Bach and Beethoven, Alexis Ffrench’s combination of classical training and love for R&B and roots music has helped define his unique sound. Trying to break the rigorous and academic preconceptions of classical music, Alexis Ffrench now finds himself as one of the leading voices of a new wave of composers, redefining a genre made accessible by artists of the stature of Ludovico Einaudi and Michael Nyman.

Alexis’ prominence in the digital world shows that his music speaks to many people and he is at the forefront of an exciting movement to make classical music more accessible for all.