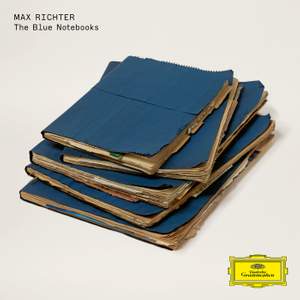 Richter, Max: Written On The Sky

Richter, Max: A Catalogue Of Afternoons

Richter, Max: On The Nature Of Daylight (Entropy)

Clyde Otis, Max Richter: This Bitter Earth / On The Nature Of Daylight

“The Blue Notebooks” is one of Max Richter’s most successful albums to date.

Originally written in 2003, DG will be releasing a new edition to celebrate its 15th anniversary with brand new artwork and bonus content, such as new arrangements, remixes, as well as a completely unreleased new track.

The Blue Notebooks was originally composed in the run-up to the 2003 invasion of Iraq. Richter has described it as "a protest album about Iraq, a mediation on violence – both the violence that I had personally experienced around me as a child and the violence of war, at the utter futility of so much armed conflict." The album was recorded about a week after mass protests against the war.

It features readings from Franz Kafka's The Blue Octavo Notebooks and Czesław Miłosz's Hymn of the Pearl and Unattainable Earth. Both readings are by the British actress Tilda Swinton.