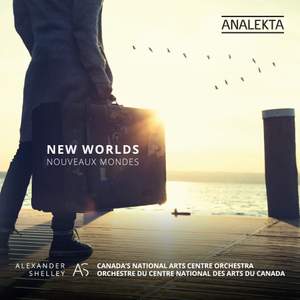 Themes of migration and crossing borders are as hot topics today as they ever were. This recording explores two works written in the so-called “New World” by composers from the “Old World.” Ana Sokolovic left war-torn Yugoslavia for a new home in Montréal, and her piece 'Golden slumbers kiss your eyes…' looks back to European lullabies. Antonín Dvorák wrote his famous symphony when he lived in North America, and there is still discussion about how much of the “New” and “Old” Worlds are to be found in it. It was taken to the moon, presumably because it contains some of the most recognizable and moving music ever written, and Neil Armstrong considered that the next “New World.” Inspiring!