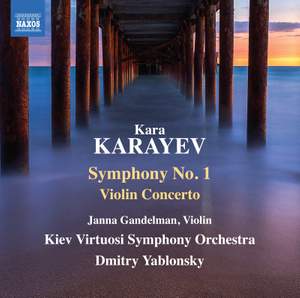 Karayev: Symphony No. 1 in B Minor

Kara Karayev was one of the most prominent figures in the music of 20th-century Azerbaijan, and an inspiration to subsequent generations of Azerbaijani composers. His eloquently expressive and tautly dramatic First Symphony is a significant work in Karayev’s output, reflecting both the harmonies and melodic characteristics of the South Caucasus region and, in its orchestral brilliance, the influence of his mentor Shostakovich. The Violin Concerto shows a notable shift in style, exploring the serial techniques that add astringency and inventive depth to Karayev’s already richly coloured and vividly diverse palette.