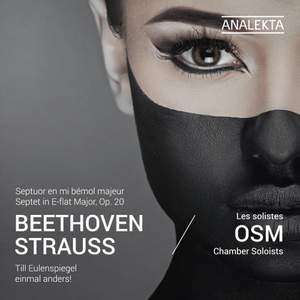 Here is the first album of a new series of recordings with the soloists of the Orchestre symphonique de Montréal, under the artistic direction of Andrew Wan, concertmaster of the OSM since 2008. Two major musical works are at the heart of this new album, Ludwig van Beethoven’s Septet in E-flat Major, Op. 20, and Richard Strauss’ Till Eulenspiegel einmal anders! Together, these two works constitute a program dominated by a certain lightness - tinged with a hint of humor. A flamboyant first album and a promising series!