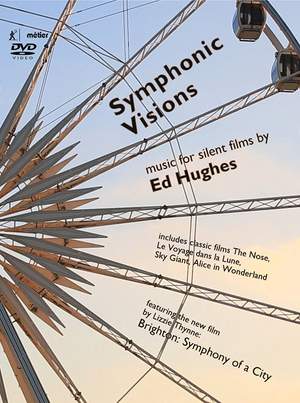 This DVD presents the marvellous music by Ed Hughes for silent films (both new and old). His scores for the early classics for chamber ensemble (Alice in Wonderland and Voyage to the Moon) and piano (The Nose) are matched by his orchestral masterpiece for the new cityscape feature ‘Brighton: Symphony of a City’, by producer/director Lizzie Thynne. Rounded off by another piano score, written for the RAF Archive film about the building of Lancaster bombers, but a work which stands on its own just as well. The DVD also includes a bonus, a vintage documentary film about the Lancaster and its work in World War II.