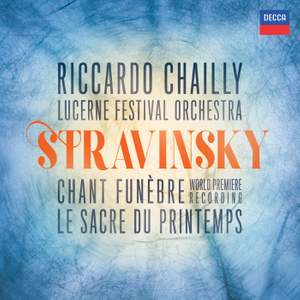 Chailly draws out the colours vividly with his Lucerne orchestra, silky strings and rounded woodwind voices to the fore. The Funeral Song is more than a curiosity…It’s a very good performance... — Gramophone Magazine, February 2018 More…

Stravinsky: The Faun and The Shepherdess, Op. 2 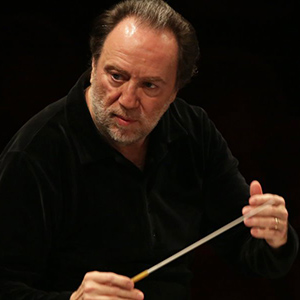 Decca has been granted exclusive worldwide rights to make the first recording of Chant Funèbre, the piece everyone believed lost forever.

Riccardo Chailly makes his debut recording with the Lucerne Festival Orchestra, marking the beginning of a major new partnership.

“A dazzling programme of Stravinsky. A new era has well and truly begun for the Lucerne Festival Orchestra”. The Times

Chailly draws out the colours vividly with his Lucerne orchestra, silky strings and rounded woodwind voices to the fore. The Funeral Song is more than a curiosity…It’s a very good performance [of The Rite]…Chailly elicits a rhythmic grip on ‘The Augurs of Spring’ and keeps the ‘Spring Rounds’ flowing nicely, driving the finale to its exhausted collapse.

You can tell that [Chant funèbre] was written only a year or so before The Firebird: the mournful double basses in the very first bar sound like they could have come straight from the later work. It’s a magnificent piece, and it’s thrilling to hear it finally...The level of detail [in The Rite] is quite extraordinary: the myriad woodwind lines that often get buried in the mix can be effortlessly heard.

What makes Chant Funèbre so fascinating is not that it illuminates more detail of Stravinsky’s journey towards the three ballet scores for Diaghilev that would make his name, but how it reveals a path he would not explore any further...Chailly follows it with three other early pieces...The whole sequence, brilliantly coloured and played with immaculate precision by the LFO, takes up half of this disc.