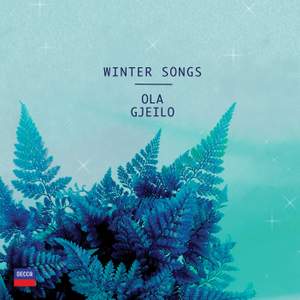 Gjeilo: Across the Vast, Eternal Sky

anon.: The Holly and the Ivy

A beautiful new album of compositions and arrangements for choir and strings by Norwegian composer, Ola Gjeilo.

Including new arrangements of familiar Christmas carols in a beautiful and intimate setting to emulate the feeling of “Hygge”.

Ola Gjeilo (pronounced Yay-lo) is one of the most frequently performed composers in the choral world.

An accomplished pianist, improvisations over his own published choral pieces have become a trademark of his collaborations across the world.

Although Norwegian by birth, it is perhaps Ola’s adopted country of America that has influenced the composer’s distinctive sound world the most, evolving a style that is both contemporary and familiar; thick harmonies and rich textures recall film score – music that forms a major part of the composer’s inspiration.