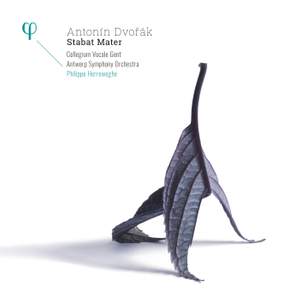 For its second vinyl release, PHI has chosen to reissue one of Philippe Herreweghe’s most masterly interpretations: Antonín Dvořák’s ineffable Stabat Mater, for which the conductor and his ensembles, the Collegium Vocale Gent and the Royal Flemish Philharmonic, were praised by public and press alike – Editor’s Choice in Gramophone, 4F Télérama, 4* in Classica, Le Choix de France Musique, and 10 in Luister and Klara, to name but a few of the distinctions it earned.