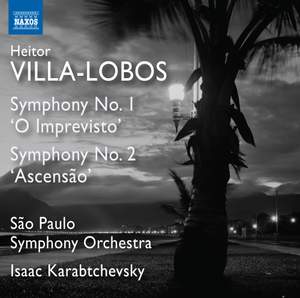 Heitor Villa-Lobos’s first two symphonies take the European tradition head-on, absorbing French models prevalent in Brazil in the early twentieth century. The confident swagger of the First Symphony is characteristic of Villa-Lobos’s ‘Brazilianness,’ while the cyclical Second Symphony filters myriad influences including the music of Tchaikovsky, Rimsky-Korsakov, Debussy and Puccini. Its slow movement heralds the affecting melodic content that would later become the trademark of the Bachianas Brasileiras. This is the sixth and final volume of an acclaimed complete edition of Villa-Lobos’s symphonies in which ‘Karabtchevsky leads the way.’ (Gramophone).