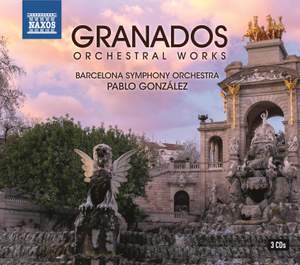 To celebrate the 150th anniversary of Enrique Granados’s birth the three internationally admired volumes of his orchestral discs have been brought together. Characterised as “affectionate and characterful” by Gramophone (volume 2 on 8573263) they include one of the greatest pieces in all Spanish music, the Intermezzo from Goyescas, as well as much that is exceptionally rare, such as the symphonic poem Dante, one of the most ambitious and exciting Spanish orchestral works of its time.