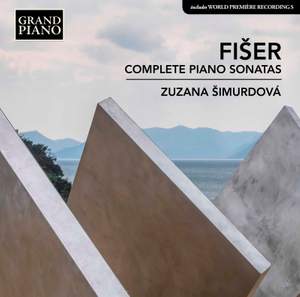 Piano Sonata No. 1: I. Allegro energico

Lubox Fiser was one of the most influential and versatile Czech composers of the twentieth century, with a prolific and impressive body of work for the stage, screen and concert hall. Fiser’s eight piano sonatas (of which the second is lost), were composed for the instrument described by the composer as ‘his greatest love of all.’ Retaining a special place in Fiser’s oeuvre, they became an intimate diary of his constantly evolving compositional style, from his student days and the neo-classical Sonata No. 1, through the experimental sonatas of the 1960s and 1970s, to the simplicity of melodic line and the immediate emotional impact of the final sonata, No. 8.