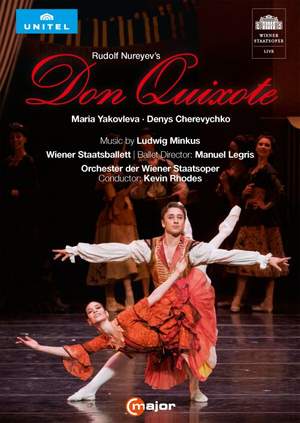 Don Quixote was created by the master choreographer Marius Petipa, together with the composer Ludwig Minkus, for the Imperial Bolshoi Ballet in Moscow in 1869. Marking the 400th anniversary of Cervantess death, Don Quixote is here seen in the revised version by Rudolf Nureyev which the French choreographer Manuel Legris once a noted Basil himself in his days as an étoile in Nureyevs Paris troupe - devised for the Wiener Staatsballett. A Don Quixote to love Legris and company can count the evening a total success (Die Presse). As for the two principals, Maria Yakovleva and Denys Cherevychko as Kitri and Basil, no praise was high enough: both are technically brilliant (Wiener Zeitung).