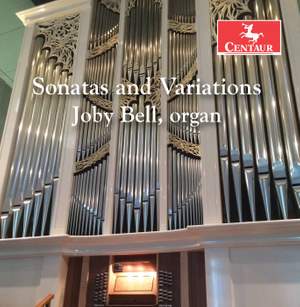 Joby Bell brings to his performances a contagious affability and a keen sensitivity toward increasing an audience's appreciation for organ music. His recital programming demonstrates a varied and interesting repertoire, always enhanced by illuminating program notes designed to emrace all audiences. Bell is featured on several recordings. Born in 1968, Joby Bell attended high school at the University of North Carolina School of the Arts, where he studied piano with Marian Hahn and Robert MacDonald. He earned the Bachelor of Music degree in organ and piano from Appalachian State University and the Master of Music and Doctor of musical Arts degrees in organ from Rice University. On this release Bell plays Joseph Jongen's ''Sonata Eroica, Op. 94'', Brahms's ''Variations and Fugue on a Theme by Handel, Op. 24'' and Julius Reubke's ''Sonata on the Ninety-Fourth Psalm''.