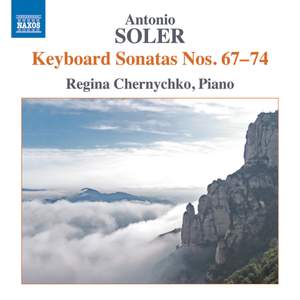 Antonio Soler’s training as a chorister, organist and composer equipped the young Catalan for the prestigious position of maestro di capilla at the Escorial palace. Here he was strongly influenced by Domenico Scarlatti in his writing of keyboard sonatas for the young prince Don Gabriel, son of Carlos III. The inventive and ingenious works heard in this volume of the complete set of sonatas reveal his command of the medium, from the fugal brilliance of No. 67 in D major and the virtuoso elements of No. 69 in F major to the delightfully Spanish flavour encountered in No. 74 in D major.