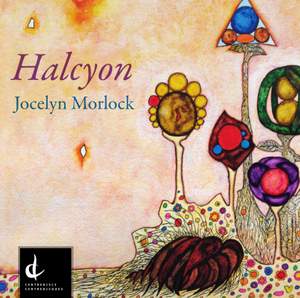 Perruqueries: One N Short of a Wing

Morlock: Somewhere Along the Line

JUNO Award-nominated composer Jocelyn Morlock’s music is hailed as being “airy but rhythmic, tuneful but complex” and having “uncanny yet toothsome beauty” (Alex Varty, Georgia Straight.) In her second full-length album release, she presents a diverse selection of songs, chamber music, and a concerto, performed by a bevy of phenomenal musicians. Ariel Barnes and Joseph Elworthy sparkle as solo cellists in Aeromancy; Barnes is intensely emotional as protagonist of Halcyon and Shade; and Tyler Duncan and Robyn Driedger-Klassen effervesce in Perruqueries’ hair-raising tales. Morlock’s music has received numerous accolades including Top 10 at the 2002 International Rostrum of Composers, winner of the 2003 CMC Prairie Region Emerging Composers competition, five nominations (2006, 2010, 2014, 2015) and one win (2015) for Classical Composition/Recording of the Year at the Western Canadian Music Awards, and a Juno Nomination for Classical Composition of the Year (2011.) She won the Mayor’s Arts Award for Music in Vancouver (2016), and is currently the Vancouver Symphony Orchestra’s Composer in Residence. Much of her music has been inspired by birds, insomnia, or a peculiar combination thereof.