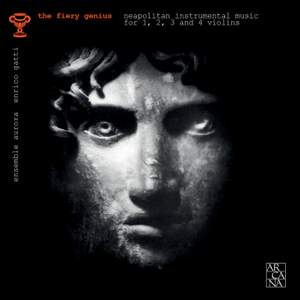 Marchitelli: Sonata per due violini e basso No. 8

The central role of Naples in the history of vocal music has so far overshadowed a rich tradition of instrumental music; only in recent years has musicological research begun bringing it to light once more, demonstrating that Naples also played a crucial role in the field of instrumental music, no less relevant than other centres more often associated with this repertory, such as Rome and Venice.

This CD presents a voyage of discovery into a musical heritage that is even less known, but of the highest value. The new project conceived by Enrico Gatti focuses on the specific scoring for three or four violins (without viola) and continuo which was so typical of the Neapolitan School.

Precious gems are unearthed here (including the only solo violin sonata by Giovanni Carlo Cailò, in its first modern recording), and this programme makes many different exponents of Neapolitan instrumental composition accessible to a wider public, from the generation of Pietro Marchitelli (slightly older than Corelli) and Giovanni Carlo Cailò to Francesco Paolo Supriani, Angelo Ragazzi, Nicola Fiorenza and Leonardo Leo – contemporaries of Bach, Tartini and Locatelli, yet who are revealed as possessing a completely different style, at a time when Naples was one of the great European capitals. The musical forms range from church sonatas in the strict style to concertos of more modern conception, thus providing an enjoyable and varied listening experience.