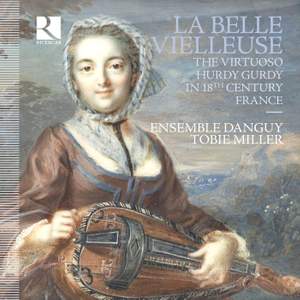 I had little idea of what to expect but the opening charmed me...there can’t be a better showcase than this — Record Review, 27th May 2017

In the time of Madame de Pompadour, the hurdy-gurdy, like the musette, enjoyed a great success. It was considered to be on a level with other instruments and, as can be seen in various paintings, was highly regarded by the ladies of the aristocracy. Several books of instruction for the instrument were published, one of which was Michel Corrette's La belle vielleuse; virtuoso players such as Danguy and Dupuits extended its playing techniques to their limits. The instrument's charm was sung by various poets whose words were then set as cantatas. The unknown works that constitute this recording place it firmly in the French court of the time with its stylized pastoral diversions.

I had little idea of what to expect but the opening charmed me...there can’t be a better showcase than this