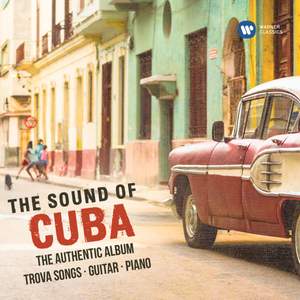 The Sound of Cuba

In 1999, Havana-born guitarist Manuel Barrueco made a tribute to his homeland with the album Cuba! Featuring such greats as Ernesto Lecuona, Héctor Angulo, and Leo Brouwer, the release enjoys legendary status as a Cuban music classic. The child prodigy, pianist and bandleader Ernesto Lecuona, known as the ‘South American Gershwin’, created an oeuvre of more than 600 melodies, all infused with that irresistible Cuban flavour and rhythm. He takes centre stage on the 1999 piano album Habanera, with Kathryn Stott interpreting his music. On this album the English pianist brings Lecuona, who died in 1963 and who had been long forgotten in the West, to a new public falling under the spell of his lively music.

With music from the renowned Casa de la Trova, The Sound of Cuba box set brings the listener right to the heart of Cuban music. It was here in Santiago de Cuba with the Trova singers and guitarists that the country’s vibrant music-making culture emerged. This became the root of many other Latin-American styles that spread all over the world.