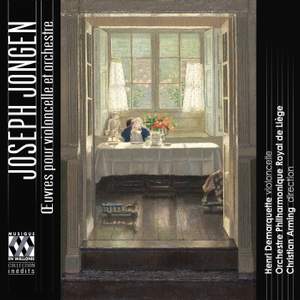 After being awarded the Prix de Rome in 1897, Joseph Jongen (1873-1953) began to compose vast works for cello and orchestra. These testify to a culture both Germanic and French which allows him to make the link between the works of Richard Strauss – whom he met in Munich – and Ernest Chausson.

These three pieces are performed by the brilliant French cellist Henri Demarquette, accompanied by the Liège Royal Philharmonic – whose reputation is well-known – conducted by the Austrian chef Christian Arming.