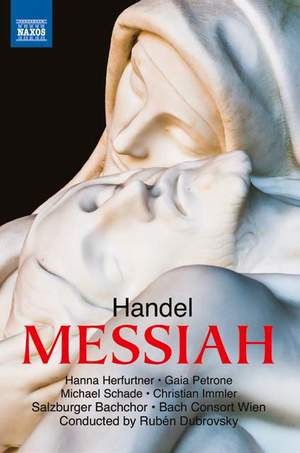 Described by librettist Charles Jennens with typical English understatement as “a fine entertainment”, Handelʼs Messiah was initially controversial as a biblical oratorio written for secular theatres. Within years it was however being “received with universal applause” and its composerʼs purpose in delighting and charming his listeners has made this masterpiece an international favourite ever since. This eye-catching, audiovisual recording of Handelʼs masterpiece with its cast of renowned soloists captures the 2016 Easter concert in the impressive baroque Basilica of Klosterneuburg, Austria.