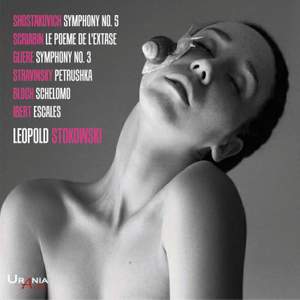 V. Dance of the Gipsy Girls

VI. Dance of the Coachmen and Ostlers

This release contains rarities of the repertoire of the twentieth century in the rare stereo interpretatiosn by Leopold Stokowski of the late 1950's for Capitol Americana and Philips. These recordings haven't been available for decades and have a preserved, extraordinary sound quality. The release testifies to the eclecticism of the conductor, who was certainly not only the Maestro fo Fantasia by Disney, but was one of the more experimental performers of a music that, in the middle of the twentieth century, appeared difficult and hard to sell.