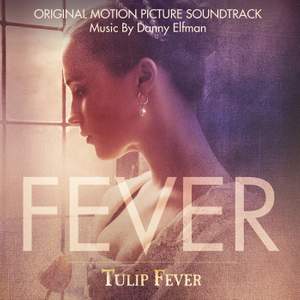 Elfman: A Storm is Coming

The Film:- Based on the best-seller novel by Deborah Moggach, Tulip Fever follows a married woman (Alicia Vikander) in 17th century Amsterdam, who begins a passionate affair with an artist (Dane DeHaan) hired to paint her portrait. The lovers gamble on the booming market for tulip bulbs as a way to raise money to run away together. The protagonist is played by Alicia Vikander, who is currently in the midst of what is often called a “moment,” having won an Oscar for her performance in “The Danish Girl” with several other high-profile films forthcoming, including “Jason Bourne” and “The Light Between Oceans”. The Composer:- Over the last 20 years, he has established himself as one of Hollywood’s leading film composers. He has written almost 50 film scores including Hollywood blockbusters such as Batman, Spider-Man, Men in Black, Beetlejuice and The Nightmare before Christmas. Elfman has won a Grammy Award and has three Academy Award nominations to his name. He has also created the infectious themes to The Simpsons and Desperate Housewives. Elfman is self-taught and has no formal musical training.