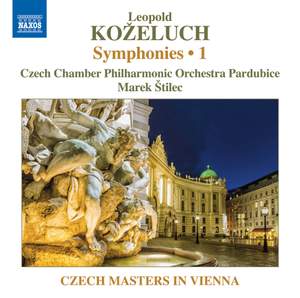 Performances...are all one could hope for...Production values are excellent… — MusicWeb International, May 2017

A prolific composer of instrumental music including symphonies, Leopold Koželuch was one of the most prominent Bohemian composers working in Vienna during the late 18th and early 19th centuries. His best works reveal an impressive command of the musical language of viennese classicism and at times a lyricism that seems to foreshadow the youthful works of Schubert. This recording draws on original sources and corrects a number of mistakes encountered in previously published versions.