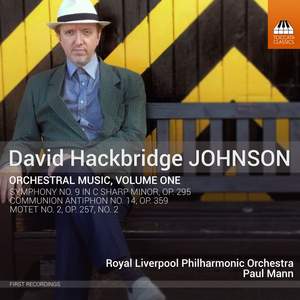 Passacaglia I: a tempo

The English composer David Hackbridge Johnson (b. 1963) has been, until now, one of the best-kept secrets in music.

He has built up a huge catalogue of works completely unknown even within the classical world.

Learning the orchestra from the inside, as a player, he has developed a confident and powerful language inherited in part from Brian, Copland, Janáček, Rubbra, Sibelius, Simpson, Tippett and other such masters.

As these three pieces show, his music capable of bold strokes of colour and gripping dramatic gestures.

Amazingly, he had heard almost none of his orchestral pieces before this recording was made in December last year.

The Royal Liverpool Philharmonic Orchestra audibly believe in the music in three terrific performances. Conductor Paul Mann’s unequivocal acclaim for the works is manifest in every bar