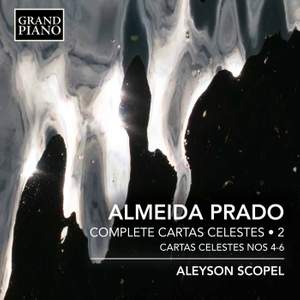 Cartas Celestes (Celestial Charts) is a colossal 18-movement cycle of works depicting celestial bodies to be seen in the Brazilian sky, for which Almeida Prado, one of Brazil’s most prolific and best-known composers, invented a new harmonic language called “transtonality”. Dense and rhythmically charged and saturated in the richest colours, Nos. 4, 5 and 6 complete the composer’s portrayal of the planets.