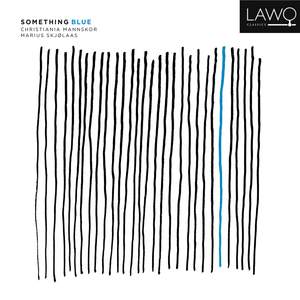 Christiania Mannskor was established in 2009 and is dedicated to the renewal and revitalisation of men’s choir singing in Norway. “Something Blue” is the ensemble’s second recording of Norwegian music on the LAWO Classics label. Together with this album we are also publishing the sheet music booklet “Christiania Mannskors Blåbok” in collaboration with Norsk Musikforlag.

Christiania Mannskor is made up of 18 professional singers under the direction of conductor Marius Skjølaas. The ensemble has regular concert engagements in Oslo and countrywide and has performed at the invitation of the Norwegian government and parliament in connection with, among other things, the awarding of the Nobel Peace Prize.

Christiania Mannskor wishes to be an active and effective resource for Norwegian choirs, singers, composers and conductors with a focus on music for men’s choir, and we attach special importance to working with amateur and local choirs in our performances and on concert tours.