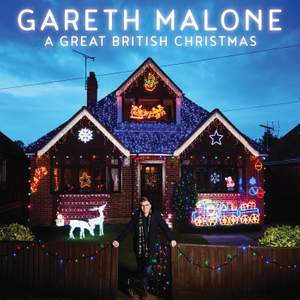 Blake, H: Walking in the air

Todd: My Lord has come

Vince Clarke: Only You

The nation's favourite choirmaster journeys the country to capture the heart of a traditional British Christmas. Gareth Malone is travelling across the UK to create a special Christmas album. The album features his own version of some of the nation’s best loved Christmas music including O Holy Night, Walking in the Air, Heimr Arnadlar from Frozen, The Spaceman Came Travelling and more favourites. As well as Gareth’s own choir, bands, musicians and groups from Northern Ireland, Scotland, England and Wales including Bell Ringers, a Brass Bans, Penny Whistle, Steel Drums and even Ricky Wilson will join Gareth on this special album.