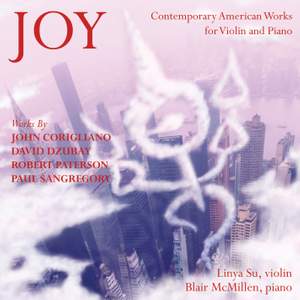 This release is violinist Linya Su's debut album, featuring works by four living American composers. Su has received critial acclaim in the Taipei newspaper China Post and the Herald-Times. + "New Music's Torchbearer...Black McMillen plays with flair, intelligence, and Julliard-honed virtuosity...When played by the formidable Mr. McMillen, any piece sounds terrific." - Anthony Tommasini, New York Times + "All the musical works contained in this album reflect the spirit of the Empire State Building. Whether you choose to catch the view from the top of the building or from the ground level, you are part of an energy that comes from something larger than yourself. Even though each work is a unique representation of the individual composer's artistic voice, the pieces themselves share some distinctive qualities. Each one is characterized by vitality, diversity, positivity and is unquestionably colorful." - Linya Su