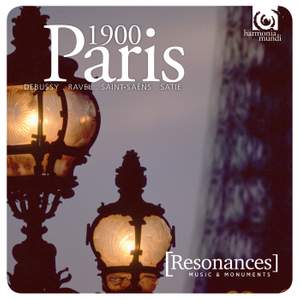 At the heart of musical Paris in the early 20th century.

Between the end of the 19th century and the Second World War, Paris shared with Vienna the status of musical capital of the world. The 23 works featured on these two discs are the living reflection of those rich years of Parisian history, teeming with music and traversed by many different artistic movements. A plan of Paris and chronological tables invite you on a journey through the traces left by time – not forgetting the imaginary journey of foreign composers in love with Paris, whose music embodied their dreams.

A lavish, eclectic exploration of Paris