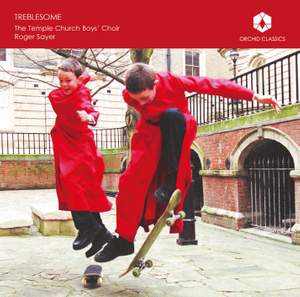 I. The Insect World

Gregg: Maybe it's because I'm a Londoner (arr. J. Darbourne for choir)

There is no rose

As dew in Aprille

Temple Church Boys’ Choir has its first release as an independent group. Treblesome features a selection of beautiful lieder and folk music, some of which has been specially arranged for the choir and recorded for the first time.

Roger Sayer is both Organist and Director of Music at Temple Church in London, and has conducted Temple Church Boys’ Choir for many years. Under his direction, the choir has performed live on national radio and in prestigious venues in London, Washington DC and, more recently, Holland and Australia.