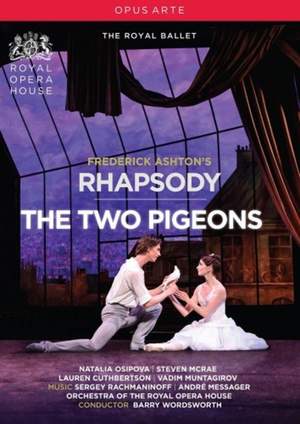 Lauren Cuthbertson and Vadim Muntagirov lead a charismatic cast in Ashton’s poignant and heart-warming reflection on Love, The Two Pigeons, based on an old French folk tale and first performed on Valentine’s Day 1961. These two ballets by the company’s founder choreographer capture the Royal Ballet’s famous skill and distinctive style. Barry Wordsworth conducts the Orchestra of the Royal Opera House in the rapturous Rachmaninov and Messager scores.