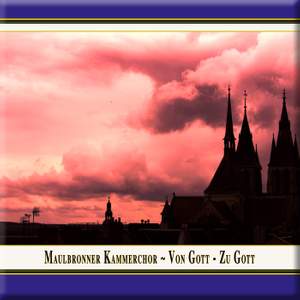 No. 3. Wo ist ein so herrlich Volk

Whitbourn: He carried me away in the spirit

The Maulbronn Chamber Choir is one of the most renowned chamber choirs in Europe, receiving awards such as first places at the Baden-Württemberg Choir Competitions in 1989 and 1997. The choir is well known on an internation scale as well, having been received enthusiastically by audiences and reviewers alike during its debut tour through American in 1983. + The works on this release range from the sixteenth century up to modern day. The choir considers themselves as dedicated to the originality of this music as possible, even recording these pieces in their original settings.