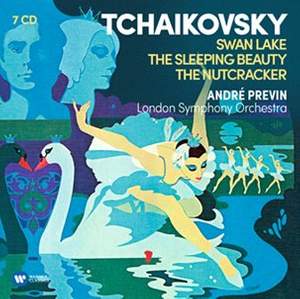 Tchaikovsky’s three sumptuous ballet scores are also three of his supreme masterpieces, as remarkable for their emotional content as for the beauty of their melodies and orchestration. André Previn, who has described himself as “a complete romantic”, became Principal Conductor of the London Symphony Orchestra in 1968. He remained in the role for 11 years – something of a golden era – and in 2016 was named the LSO’s Conductor Emeritus.