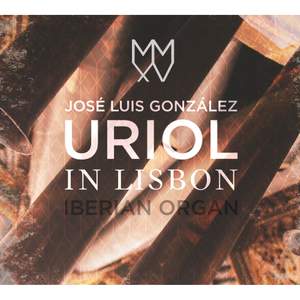 No. 15, Toccata all'offertorio in C Major

Presenting an historical and long-awaited recording made in 1994 by the renowned Spanish organist José Luis González Uriol and released 21 years later by Arkhé Music.

The repertoire on the album offers a rich panorama of Iberian and Italian organ music performed by an incontestable authority in the field of the historic interpretation of early keyboard music, José Luis González Uriol.

This is the first recording after the restoration of the historical organ of the church of São Vicente de Fora in Lisbon (built by the Galician organ maker Juan Fontanes in 1765), which happens to be the most magnificent baroque organ in Portugal and one of the best organs in Europe.