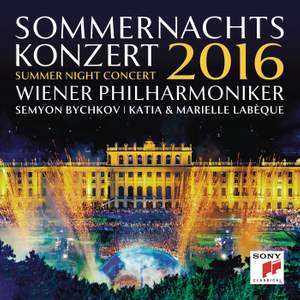 Offenbach: Orpheus in the Underworld: Cancan

The Summer Night Concert of the Vienna Philharmonic is an annual open-air event that takes place in the magical setting of the Schönbrunn Palace Baroque park in Vienna with the palace as a magnificent backdrop. Entrance to the concert is free, and each year up to 100,000 people take up the invitation. The concert is also broadcast on TV and radio in more than 60 countries, and thus reaches an audience of millions. This year’s Summer Night Concert will take place on Thursday 26 May, 2016. The eminent Seymon Bychov will conduct the Summer Night Concert, with Katia and Marielle Labèque playing as soloists.