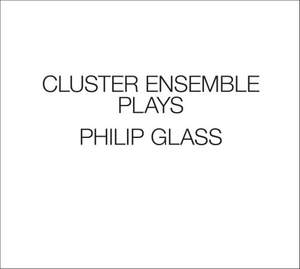 Orange Mountain Music is pleased to present a vital new 3CD collection of recordings by Cluster ensemble of early music by Philip Glass produced in collaboration with Hevhetia Records. Beginning in 2013, Cluster ensemble began to dedicate itself to the early music of Philip Glass culminating in a 2015 performance of Glass’s iconic Music with Changing Parts with Philip Glass in attendance. This 3CD set surveys a vast amount of Glass’s early work including: Two Pages (1968), Music in Fifths (1969), Music in Contrary Motion (1969), Music in Similar Motion (1969) and Music with Changing Parts (1970). These fresh interpretations by the fast-rising Cluster ensemble offer the first grand compendium of Glass’s early music in the 21st century, further cementing themselves as the ‘new classics’ of our time now almost fifty years from their composition.