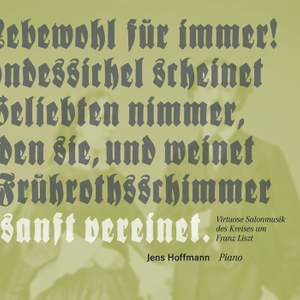 With the exception of Max Meyer-Olbersleben, the composers on this CD have one significant thing in common: they were all pupils of Franz Liszt during the mid-19th century. This was during a time in which Liszt had retired from his activities as a travelling virtuoso in order to dedicate himself primarily to composition, alongside his role as ‘Hofkappellmeister Extraordinaire’ in Weimar.