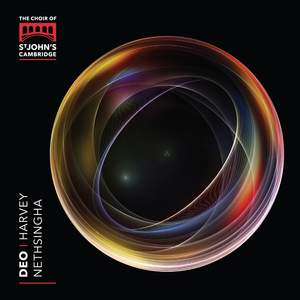 Harvey, J: I love the Lord

The Choir of St John's College Cambridge launch their new series of recordings by exploring the close connections between the college and celebrated British composer Jonathan Harvey (1939-2012), in a disc of works for choir and organ. Harvey s music has influenced a generation of composers, described by The Guardian s Tom Service as being 'at once vividly contemporary and timeless'. The Choir's director Andrew Nethsingha reflects on his own experiences and work with the Jonathan Harvey in CD s programme note, in particular as the choir collaborated on what would be Jonathan Harvey s final work for the choir, The Annunciation (2011).

Certainly these are difficult works, including various vocal techniques hardly common in the normal run of church music, but the investment the choir has clearly put into them really gives extraordinary results…this recording is outstanding on every count: remarkable and under-performed repertoire, beautifully performed and recorded

This album of liturgical choral music pays wonderful tribute to Harvey...Harvey used to describe music coming out of silence and dissolving back into it. It’s a good starting point. The Choir of St John’s tackles all with confidence and clarity.