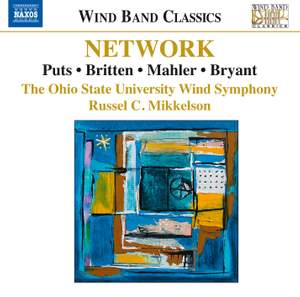 I. Introduction and Boys' Tunes

The Ohio State University Wind Symphony is widely recognized as one of the United States’ elite wind bands. With its conductor Russel C. Mikkelson, a staunch advocate for the creation of new works, it delivers some of the most exciting programs of any band, both in the US and internationally. Pulitzer Prize-winner Kevin Puts describes Network as ‘an explosive concert opener’, while Benjamin Britten considered his incidental music for The Sword in the Stone to be ‘deep and subtle’. Mahler’s setting of Um Mitternacht reflects the poet Rückert’s persistent battle with darkness, and Steven Bryant’s Concerto divides the band into antiphonal groups, forming a showpiece that requires and celebrates virtuosity.