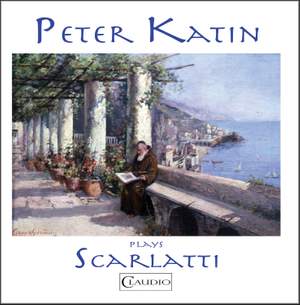 Born in London in 1930 to Lithuanian parents, Peter Katin showed his musical talent already at the age of 4. He attended Whitgift School in Croydon and was admitted to the senior department of the Royal Academy of Music when he was 12, four years before the official age of entry. He studied there under Harold Craxton. His debut at the Wigmore Hall on 13 December 1948 together with Alfredo Campoli, where his programme included works by Scarlatti, Mozart, Beethoven, Rachmaninov, Scriabin and Chopin, helped launch his international career. Katin was greatly influenced by his meetings with Clifford Curzon, Claudio Arrau and Myra Hess, who gave him much valuable advice and which, combined with his own natural talents, established him as a top international recording artist producing many orchestral as well as solo recordings with some of the biggest record labels including Decca.

Katin's great poetic sensibility is captured here in Claudio Records' first CD release, which also marked the beginning of a new future for Peter after a long absence in Canada. He returned in 1984 and in September 1985 recorded these 14 Scarlatti Sonatas, which inspired him to resume his recording career until his recent death in 2015. This recording has been re-mastered in UHD and now rel-lives the original's vitality, exposing the creativeness of his genius!